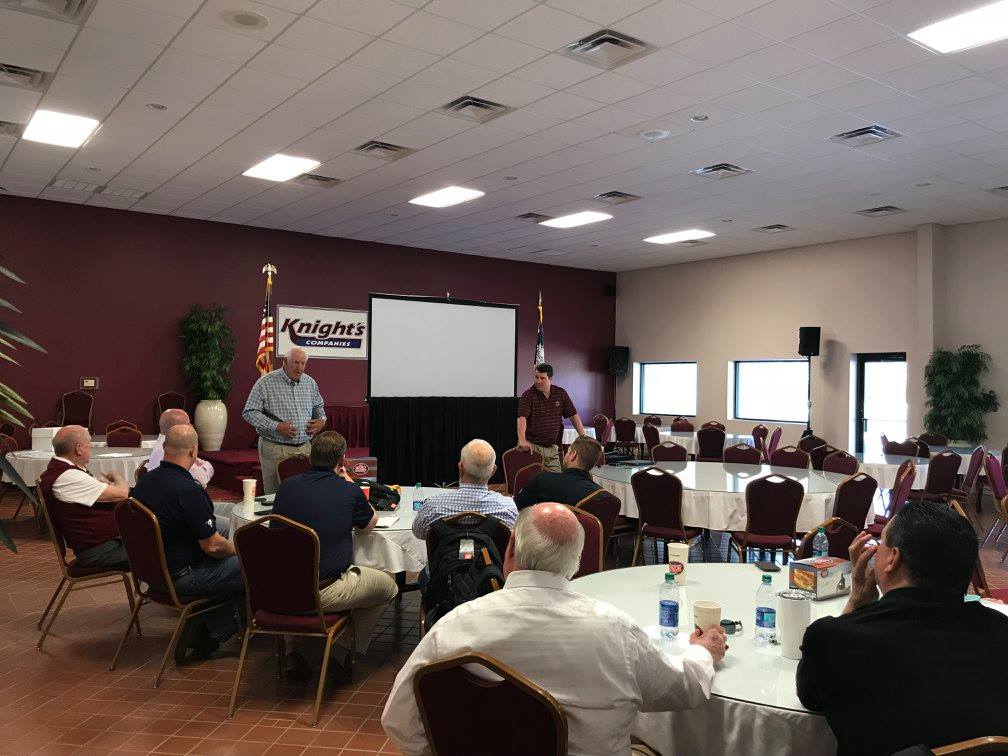 Knight’s Employees from all divisions gathered in Summerville for an afternoon of insights and training. Pete Knight kicked off the meeting by welcoming speakers, and then thanking the group for for the leadership and teamwork they show daily.

First, we heard from Danny Ford. Ford coached college football for nearly 20 years. Eleven of those years were at Clemson where he captured five ACC titles and won six bowl games. Ford shared his lessons not only coaching teams, but also from his family life and business ownership. In one notable lesson from his coaching days, he described his rule about not letting any team player go home mad.

Ford then handed it over to Will Muschamp. Muschamp currently has two years under his belt as the Head Football Coach for USC, preceded by several positions with other college football teams and a year in the NFL with the Miami Dolphins. He summarized the three most important things in coaching as communication, setting expectations, and appreciation

After a short break and farewell to the coaches, we heard from Bob McCall. McCall is the president of High Performance, LLC. which specializes in training on leadership, safety performance improvement, and high-performing culture development. He covered several ways our management can inspire us to be better and safer every day. While this direction comes from management, he noted that every employee can help create a culture of safety at Knight’s.

Our own Chris Waring finished of the afternoon with some internal safety news and updates. Knight’s Companies aims to provide these developmental opportunities for our leaders with the goal make all its divisions one of the best places to work, and to work with.