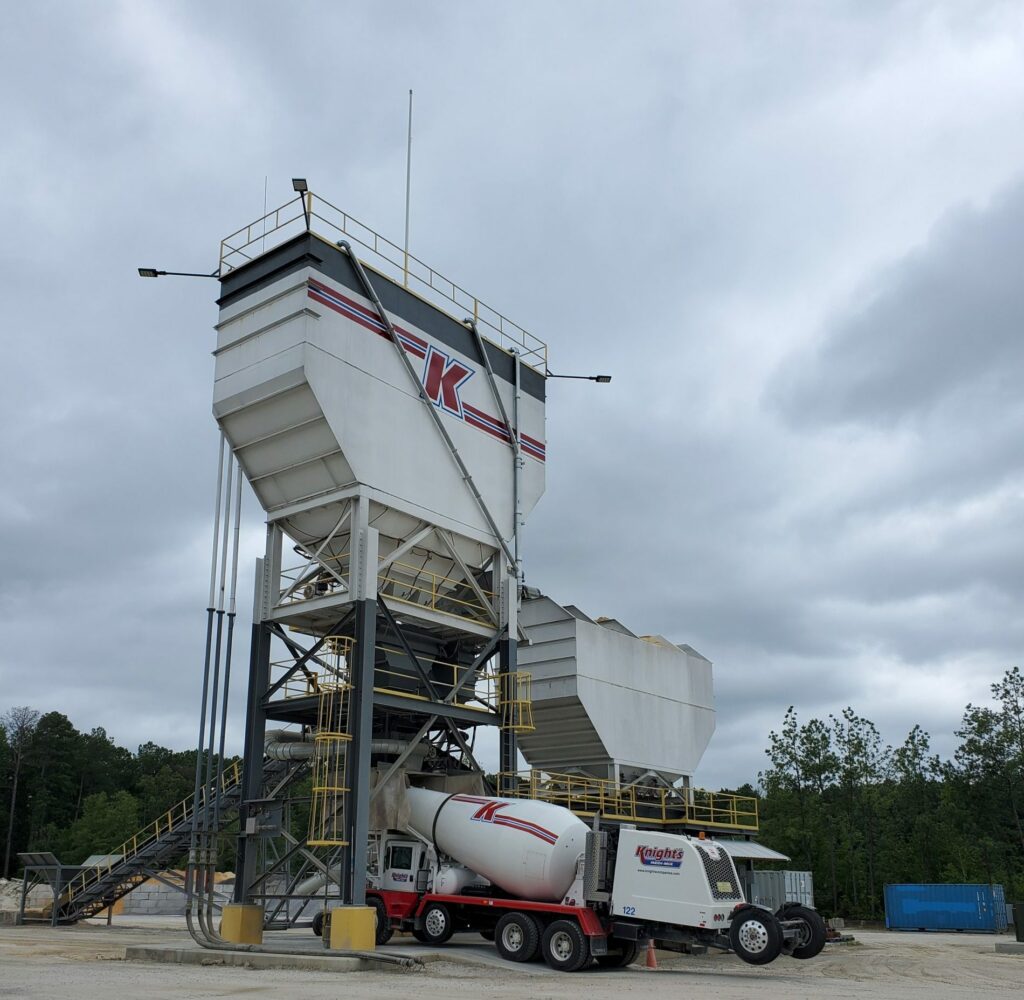 When the clouds come rolling in, it’s never a good day for a ready-mix concrete supplier or construction crew. Inclement weather often results in changes to the dispatch schedule or outright cancelled orders, and sometimes just the threat of rain can postpone projects for weeks.

“The contractor is responsible for looking at what the potential weather conditions are and making a decision on whether or not they want to take the risk or move it to a different day,” Brian Sheffler, Vice President of Technical Sales, says.

The consequences for placing concrete during bad weather are well-documented and often make contractors choose the latter.

Since the water-cement ratio is the main component that determines the strength and durability of a concrete mix, unintentionally altering it can affect the integrity of a placement. Therefore, having rain on a slab alters the water-cement ratio at the top of the surface, which is always the most vulnerable area, and compromises it.

“If you have a high water-cement ratio, and you don’t have the strength on the surface, then even foot traffic can cause the surface to fail,” Sheffler says. “All of the sudden, you see aggregate exposed, and the slab isn’t what anybody bought or wanted to have.”

To repair this error on the top sixteenth of the slab, contractors often must remove and replace the entire concrete placement, which is both time-consuming and expensive.

However, there are still ways to continue as scheduled and save a slab after a minor rain event.

For example, nobody should be placing concrete during a torrential downpour, but if it’s rained the night before there’s more leeway.

“You can remove the water from whatever the structure is, broom it off of a potential slab or even pump it out of a footing, and place the concrete as planned,” Sheffler says.

While this takes some more prep work, the project doesn’t lose as much time as it would by postponing for a day or waiting for the excess water to evaporate. 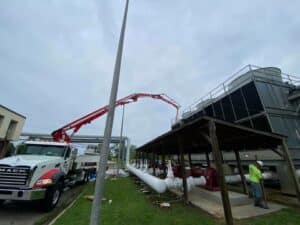 While there are high risks associated with placing concrete when rain is forecast, there are ways to prevent extensive damage from a minor pop-up storm.

Additionally, following a recent placement, contractors can mitigate damage from an unexpected rainstorm in a few ways.

For example, contractors placing a plastic sheet over the surface is practical and effective if there are no protrusions, like rebar or PVC pipe, coming out of the slab. Although, if the plastic can’t lay completely flat over the surface, the concrete won’t cure uniformly and the final product will have discoloration from the air voids trapped underneath.

“Practically, you could do this with a house slab because you put a floor over it, so nobody’s going to see the discoloration,” Sheffler says.

Another option is to let the rain hit the slab and then have the finishers treat it like an excess amount of bleed water.

“Some people drag a hose, or use a squeegee or broom to push it off, but the excess water has to be removed,” Sheffler says. “And then the troweling action, whether it’s a hand trowel or a machine trowel, needs to take place again.”

When refinishing the surface there is a threat of delamination, but that can occur regardless of the weather.

It commonly happens when contractors try to spread cement over the top of a placement to absorb and react with any excess water. Because the resulting paste normally doesn’t integrate with the rest of the slab, Sheffler highly advises against this tactic.

So while every day may not be 85 degrees with 85% humidity and no wind, following these techniques, it’s still possible for contractors to preserve the quality of their concrete placement.