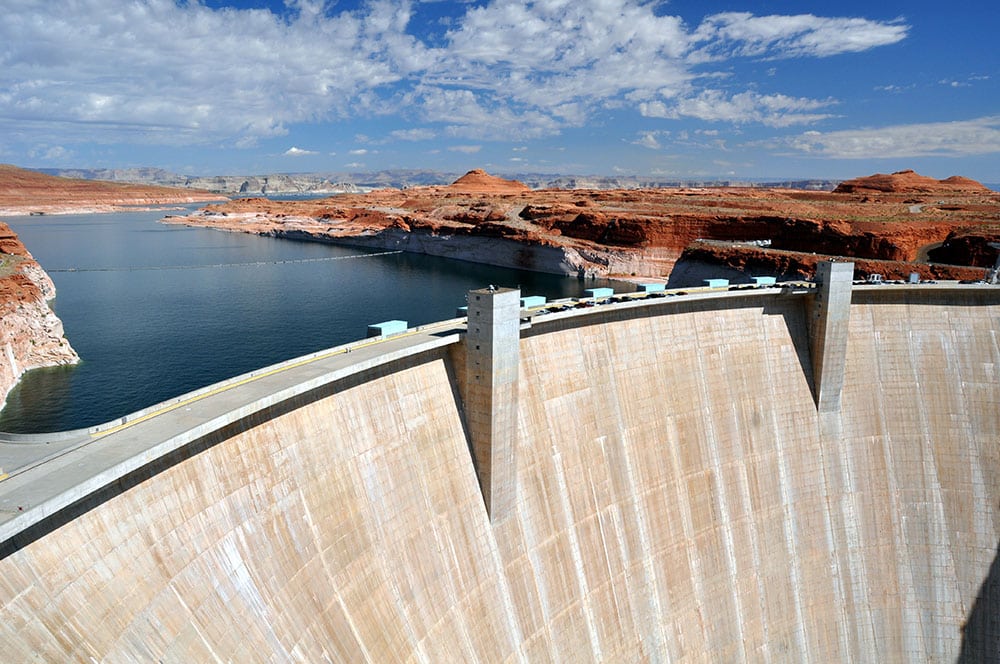 At Knight’s companies, we love working with concrete and finding creative solutions to deliver high-quality concrete precasts and ready-mixes to our customers. Concrete is great material to work with and has a wide range of uses. It provides excellent strength and lasting durability, making it the material of choice for many projects. For this reason, many structures that are made of concrete have lasted thousands of years and have become instantly recognizable historical icons.

Yes, this legendary structure you’ve all seen in your history books is made out of concrete. Standing at 159 feet and taking up six acres of land, the Colosseum was an engineering marvel that was seen as a shining example of Roman excellence. Even though the materials and methods used are not as advanced as modern concrete, this Roman landmark has stood proudly since its completion in 80 A.D. The damage that is visible to the structure isn’t even purely the result of time; vandalism, fires, natural disasters, and robbers are to blame for most of the deterioration you notice. This structural spectacle still stands as a monument to what you can do with a great material like concrete.

This massive undertaking was part of the efforts during the Great Depression to boost the economy in the wake of the market crash. After beginning construction in 1931, the Hoover Dam, originally called the Boulder Dam, was completed in 1936, nearly two years ahead of schedule. At the time, it was the largest construction project using concrete ever built and required 1.1 million cubic yards of concrete to finish. The dam still provides electricity for parts of Nevada, Arizona, and California along with providing irrigation and flood control. Samples taken of the Hoover Dam have shown that the concrete has actually grown stronger over time thanks to the high-quality aggregates used during construction.

Despite the fact that Dubai’s skyline seems to get more outlandish every day, this remarkable structure still sticks out like a sore thumb. Not only does the Burj Khalifa hold the title of the tallest usable building in the world, it also holds the title of the tallest man-made structure of all time. Coming in at 2,725 ft, the Burj Khalifa is made up of aluminum, glass, and steel, but also makes use of concrete for much of the structure. Among the world records this building holds is the record for highest vertical concrete pumping during construction at around 2,000 feet.

In order to create a drastically shorter route from the Atlantic Ocean to the Pacific Ocean, the Panama Canal was formed to cut across the Isthmus of Panama. This 51-mile artificial waterway creates a route between North America and South America where only a small strip of land was blocking the way. The canal works by using locks made up largely of concrete blocks that raise ships into an artificially made lake where they can exit via the lock on the other side.

All of these iconic structures relied on concrete when they needed a strong, durable, and versatile material to get the job done. At Knight’s, our concrete experts put their knowledge and skills to work every day to provide excellent results for our customers. Contact us today to see what we can do for your next construction project.